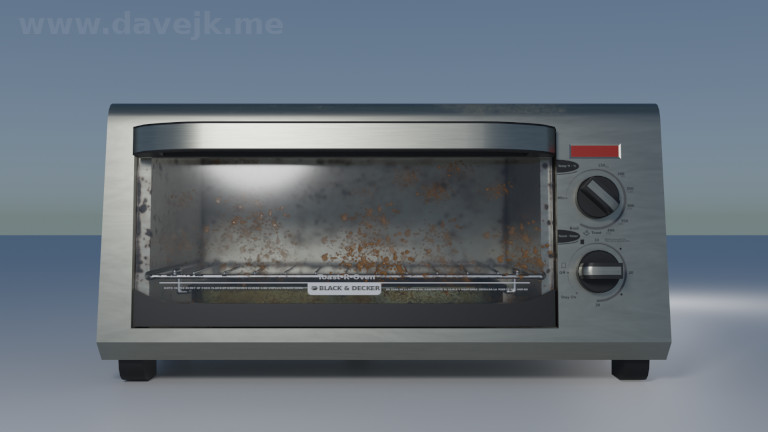 Behold my first portfolio piece! It is a Black & Decker toaster oven that resides in my kitchen.

This is a significant improvement to a previous iteration I created using Maya, with which I am less proficient than I am with Blender, my preferred tool. The Maya version is little more than a UV mapped box. This improved version has more complete modelling and much more sophisticated texturing.

I’m really happy with the textures, which are mostly procedural. I hand drew the gunk on the top and inside of the oven, and I used these images to affect the color, metallic, and bump properties of the respective materials. The brushed aluminum base is just scaled noise with a color ramp.

The tray came out really well because I was able to photograph it on my back deck; no hand drawing there.

I also photographed the grill. Getting my camera to focus on metal wiring was a chore, and I aborted my UV mapping effort in favor of stenciling the photograph onto the model, which began as meta objects that I converted to a mesh and decimated to reduce the poly count.

You might note from the reference image that the toaster oven is actually separate parts bolted together. I modeled it as one piece and tried to add the separation lines as bump maps; the result wasn’t convincing. Then I tried modifying the model, but that was more effort than I wanted to expend at that point.

Ditto for the vents and heat sinks on the back and sides. Those probably wouldn’t be too hard to add, but I was ready to move on to something else.

My biggest lesson learned is that procedural textures significantly increase the render time. I theoretically knew this–it’s why games generally used baked textures–but rendering out over 2,000 frames with 3m45s or more per frame, rather than about 45 seconds, was painful. My fairly robust desktop machine ran for over three days to complete the rendering task using Blender’s Cycles ray tracing renderer.

For future animations, I will bake textures or use Eevee, Blender’s real time renderer. 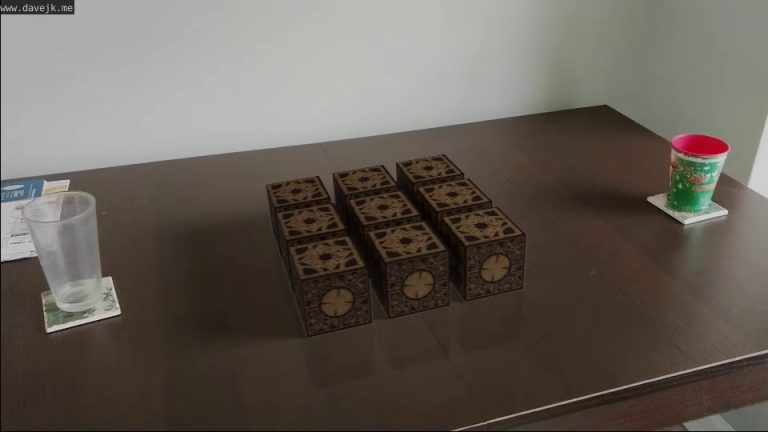 I composited the “lament configuration” from the Hellraiser horror movie franchise into footage of my kitchen table. 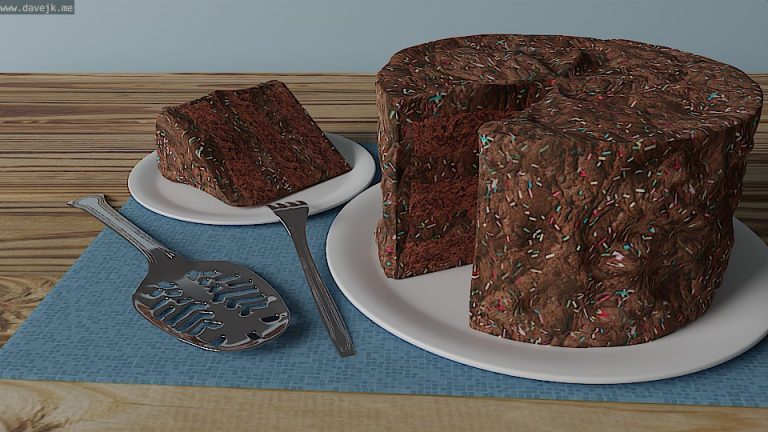 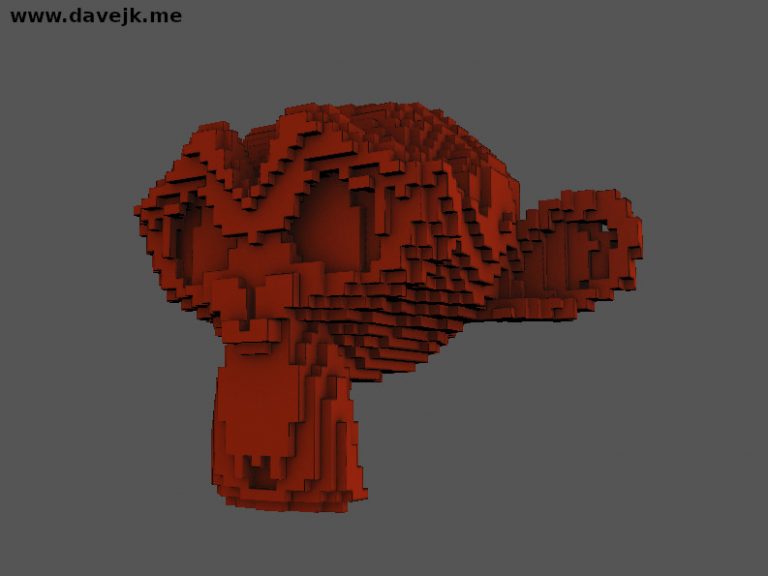 This is an example of embedding a 3D scene in a webpage using the Three.js JavaScript library. 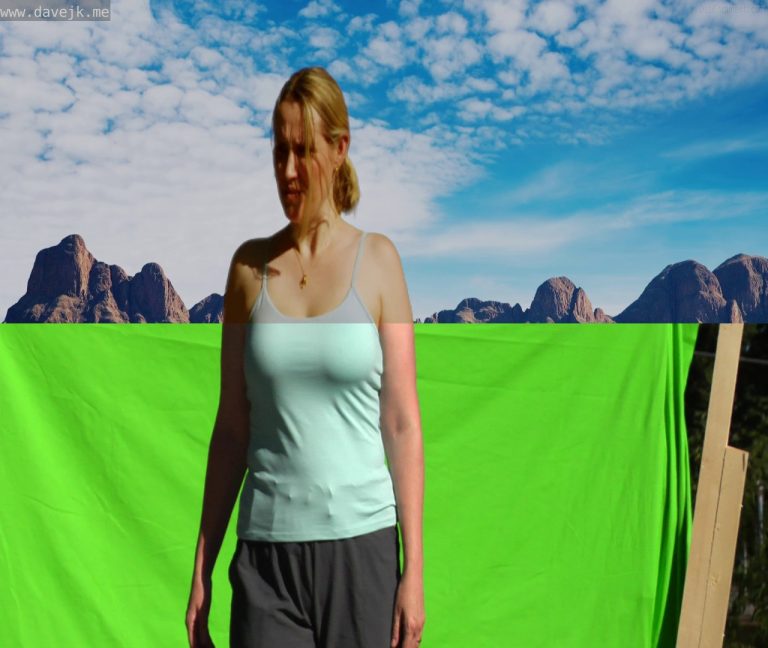 Green screening and rotoscoping are staples of the visual effects industry. 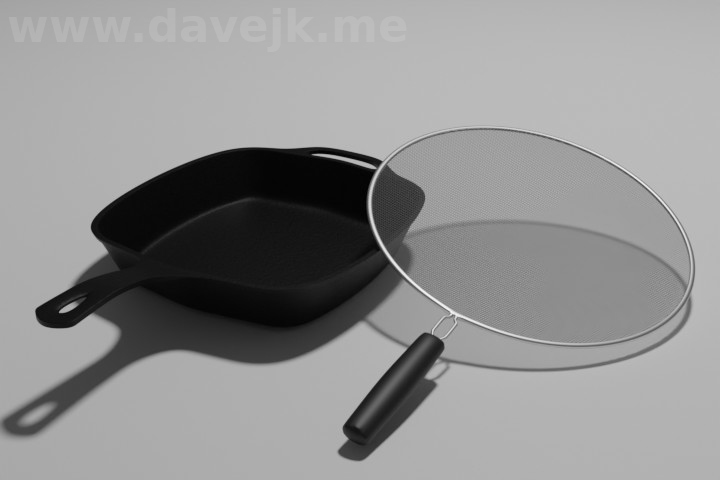 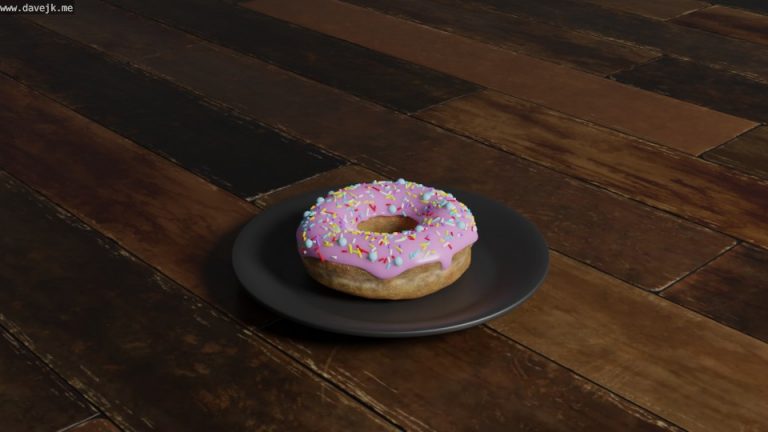 Here are 5 lighting variations of a 3D scene with a donut and coffee.